David has spent over 40 years with the Christian charity London City Mission, initially in various roles as a frontline worker in deprived inner-city communities, and in hospital, industrial and prison chaplaincy work. After 28 years of ministry he entered into a leadership role and for several years was Communications Director.  In September 2009 David was seconded to More Than Gold as London Director, to help mobilise the Church to be involved in ventures around the 2012 Olympic Games. Born in Sheffield, his work latterly has taken him to several countries around the world including India where his passion for the work of El Shaddai began. David is married and has four grown up children and four grandchildren.

I was employed by The Boys' Brigade Headquarters in Hemel Hempstead for 40 years, in various roles, the last being Assistant to the Chief Executive.  I was awarded the British Empire Medal (BEM) for my contribution to youth work in The Boys' Brigade, nationally and locally.  Upon retirement I came to live in Devon where my family live and am a member of Chilsworthy Methodist Church.  Currently, I am a volunteer in the El Shaddai UK office, with my sister Ruth Bealing.  The role is challenging but rewarding and I enjoy it greatly.

For most of my life I have been involved with young people in formal and informal educational settings. While Head of RE at Budehaven Community School, I helped foster an awareness of the needs of young people in other parts of the world. In this capacity, I invited Matthew and Anita to school and went with another member of staff to visit the work in Goa, in 2008.

Upon retirement I was invited to run the UK Office along with my sister, Mary. I now spend a month each year in India, speak wherever and whenever possible about the work and enjoy working in the office and the contact with our wonderful supporters. 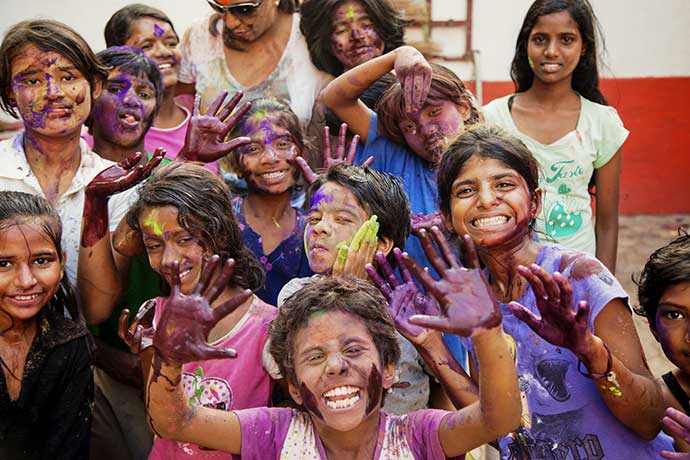